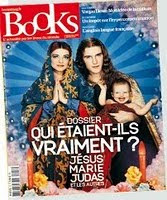 That’s the headline that people in France saw when they opened the December/January edition of the Paris publication, Books magazine. In English, it says:

“The Baptist church: Paradise for Pedophiles”

The headline is for a review of my book, This Little Light: Beyond a Baptist Preacher Predator and His Gang. It's a book that not only tells my personal story, but also documents the denomination’s do-nothing response to the problem of clergy child molesters.

The review, written by investigative journalist Patrick Lindsay Bowles, is “fantastique.” In the space of a page, he illuminates the irrational arrogance of many Baptist leaders and their "systematic persecution of victims." And amazingly, Bowles even manages a touch of humor, as when he talks about former Southern Baptist president Paige Patterson, whose hobbies include “hunting dangerous game” and who is shown on his website “kneeling behind the much-dreaded zebra.”

Ooh-la-la. Think about what this means. There are now people in France who are reading about the ugly reality of America’s largest Protestant denomination. They are learning of how the “Convention Baptiste du Sud” offers no compassion or care for those wounded by clergy sex abuse, and no accountability or consequence for clergy who commit abuse.

It’s awful stuff, but it’s real. So I’m glad that at least some people are learning the truth.

After all, the Southern Baptist Convention is an evangelical faith group that is intent on going to “all nations” and “teaching them.” (Matthew 28:19-20) So it certainly behooves those in other nations to consider exactly who these “teachers” really are and to assess the sort of values that they actually manifest.

Bowles’ review was published earlier by the Times Literary Supplement of London (which is sort of like a British version of the New York Times Review of Books). Now it has been translated into French and republished in this Parisian magazine. Bravo to Patrick Lindsay Bowles!

Here is the original English version of Bowles' review from the Times Literary Supplement. And here is a pdf of the French version from Books magazine.
Posted by Christa Brown at 6:56 AM 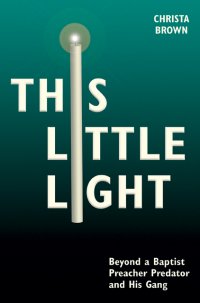 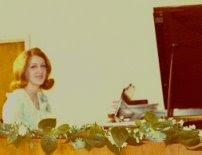 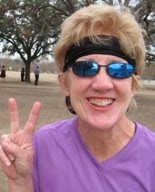